Today I am back with this guy, the troll king! I loved coloring him and had a clear idea from the very beginning on how i wanted him to look. I also knew i wanted a hidden light source coming from the top right corner and knowing where the primary light source is makes the highlighting easy :)
I used chameleon pens and some white polychromos to color this pic. 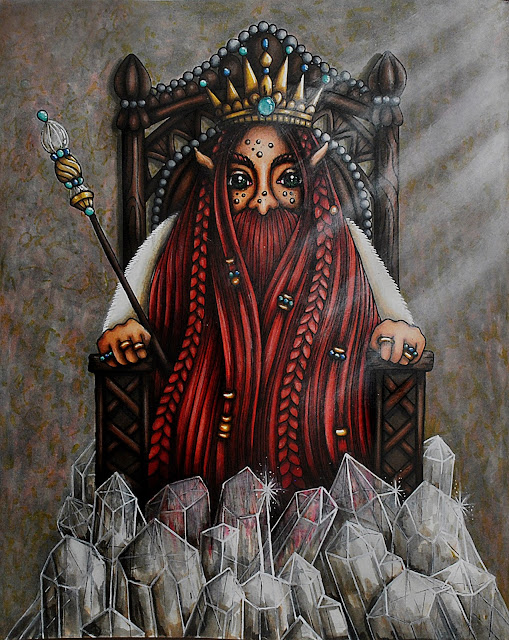 When I colored the crystals  I decided to take pictures during the process to show a little how I color them. I was coloring this late at night so I had to use flash on my camera witch means the color quality and sharpness isn't the best unfortunately.

What I do first is to use a black waterproof pen to sketch the crystals in 3D. I want to make them see through. I am not too careful when doing this since anything that is behind the crystals going to look distorted anyway.

Next I color in what is behind the crystals. I use the same colors as I used on the beard of the troll and the chair. I am not doing this on the bottom crystals since there are so many of them there and you wouldn't be able to see trough allof them to the beard.

Next I color the crystals in the color I want them to be, keeping to my color scheme witch in this picture is grey, brown, beige and red.

Now I use my white posca to go over all the black lines, being careful not to forget the sketchy black lines i made in the beginning. (can you see the lines I forgot in the left corner? :) )

The white lines where i little bit to harsh for me so I went over them with my crystal colors. My light source in this picture is coming from the right side so I kept the crystals on that side somewhat lighter.

This next step is my favorite one since it really starting to look like crystals. I used my white polychromos pencil to color in all the crystals and dampening the colors

Some bling white my white pens and pencils and some highlighting

A little black shading in the places that gets the least light and the crystals are done! :)

Thank you for stopping by!

Can you tell that I love this coloring book? :)

Here are two more pictures I have managed to finish. I joined a coloralong in a facebook group when coloring Santas wokshop.

In the Frog Prince image, I really wanted to have moonlight so I added a moon to the background and tried to keep the color scale in "night colors".

When I color, I try to work use a color scheme and not use too many different colors. I choose three colors that will dominate and then add very few detail colors. I regret that I did not use the same warm gray on the horses tail and mane as the one I used on the floor.

Both images are colored primarily with Chameleon pens. Then there are details made with a white posca, white gelpen and polychromos pencils. 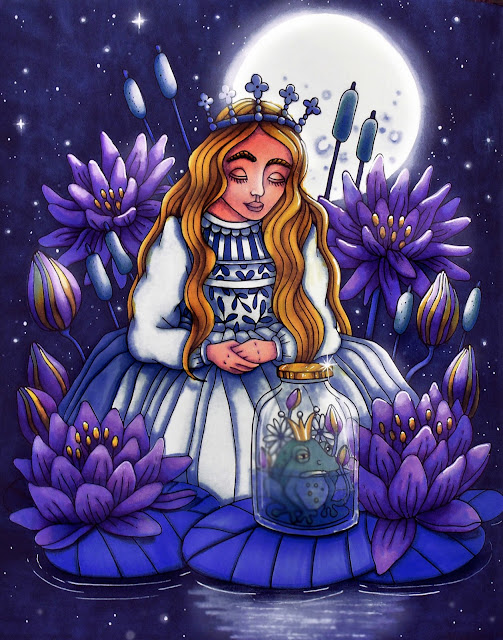 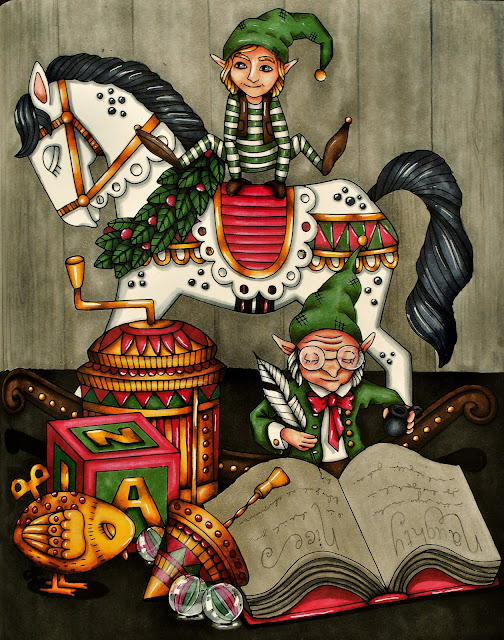 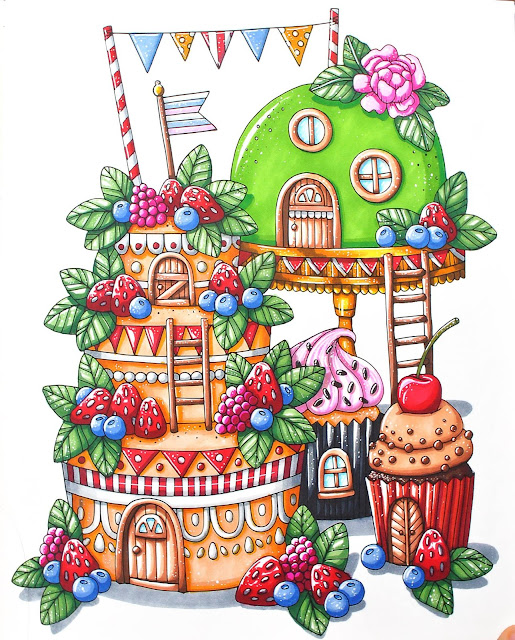 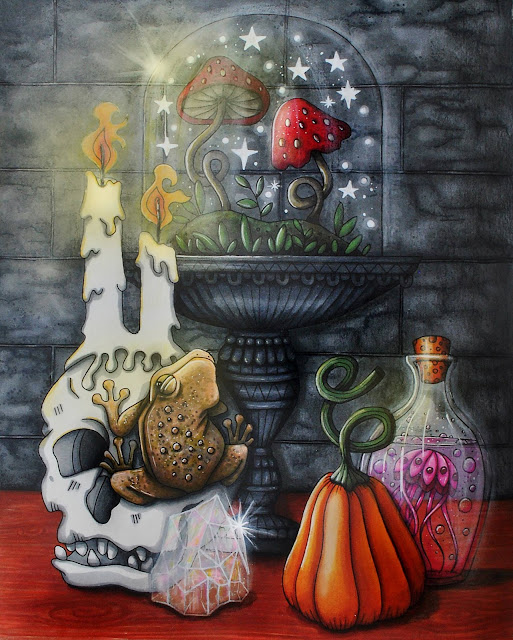 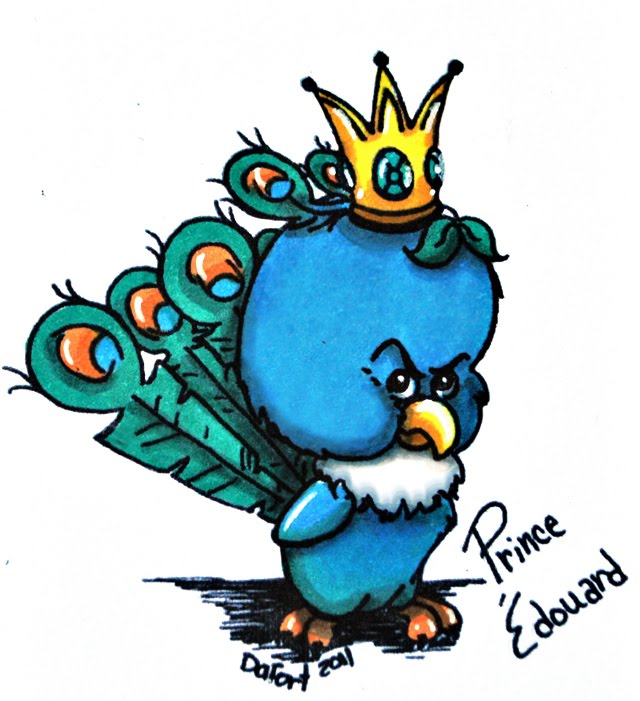